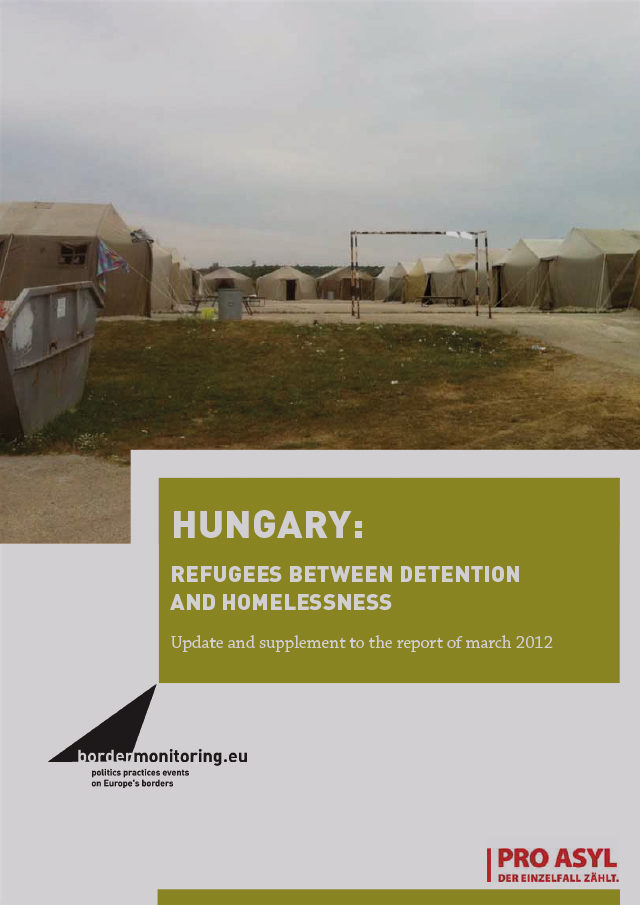 Hungary: Refugees between Detention and Homelessness – Update and supplement to the report of march 2012